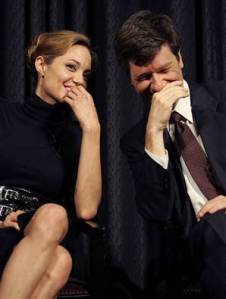 One of the advantages of going to an elite Ivy institution is that you get to study with world-famous professors, and, in my case, that included Professor Jeffrey Sachs. As a fearless freshman, I went to the office hours of Professor Sachs, the youngest tenured professor at the university, and asked to be his research assistant.

Professor Sachs explained that his RAs were all graduate students but finally conceded to let me check in periodically to see if he had a need for my skills. After months of persistence, I wore him down and became his undergraduate research assistant.

This meant that I had an excuse for one-on-one meetings with Professor Sachs throughout my four years at Harvard. I remember coming into his office one day, with its wall-to-wall books and well-worn Turkish rug, to hear the end of a phone conversation in which he mentioned that he had fixed Bolivia’s hyperinflation. Surely he was exaggerating, I thought. But he was not.

My work turned to tracking Latin American bond prices as he helped the governments of several developing countries sort out their out of control inflation or solve other massive economic problems. And as a senior, I had the honor of having Professor Sachs grade my thesis – in language that sounded like he was critiquing a colleague’s book – and giving it an overall positive review!

When I graduated from college and moved to New York, I would often open the New York Times to see a picture of Professor Sachs, who was now being called upon by the leaders of Russia and Poland to help them transition from socialist to capitalist economies upon the break up of the Soviet block. Once again, I boldly called upon Professor Sachs to help me get involved in this historic period, and he generously referred me to a colleague leading a team of business consultants to Warsaw to work for the Ministry of Finance!

Since then, Professor Sachs has become the Director of Earth Institute at Columbia University, where has has the simple charter of ending world poverty. I now see and hear Professor Sachs being interviewed by Bill Maher (who thought “Dr. Sachs” was a medical doctor), Jon Stewart, Jay Leno, NPR and Good Morning America – sometimes along with Angelina Jolie or Bono – while also serving as advisor to U.N. Secretary General Kofi Anan.

This time I e-mailed Professor Sachs and invited him to speak at the Harvard Club of New York. In preparation for the event, I downloaded and viewed a number of podcasts of prior lectures, taking note of how others introduced him. I then streamed MTV footage of Jeff and Angelina in Africa (on my iTouch) and watched interviews of him on various MSNBC shows on my laptop.

The event which was entitled, “Where Do We Go From Here,” drew a record-breaking 409 people – what Jeff might term an “overpopulation” of Harvard Hall. Over dinner, Dr. Sachs consulted me (!) on how LinkedIn and Facebook could be of value to him in his work. (He is already an extensive user of Skype for multi-national lecture series.) How far we have come.